Home> Resource> iOS Transfer> Will You Update Your iPhone 6 to iPhone 6s, Why or Why not?

Will You Update Your iPhone 6 to iPhone 6s, Why or Why not?

Apple Fall Event has been held on September 9 in in San Francisco successfully and the new iPhone 6s or iPhone 6s Plus are the most important products which appeared in the end. Then will buy the iPhone 6s to take the place of the iPhone 6? Opinions vary from person to person, so here we will offer you the aspects that may encourage you to buy the new iPhone or lead to the disappointments with the iPhone 6s.

What New Functionalist You will Get?

Compared to the iPhone 6's colors, iPhone 6s has one more color rose gold which make it easier for your friends to notice that you bought a iPhone 6s and also convenient for you to show off. The enclosure is made from a new alloy of 7000 Series aluminum, which give a bit of more rigidity to the iPhone 6s and ensure that it is not that easy to be bent.

The next generation of Multi Touch - 3D touch

The new iPhone 6s/Plus adopt the high-technology of the next generation of Multi-Touch, which was called 3D Touch by Apple. We know that the original iPhone introduced the world to the Multi-Touch, which has a great effect on the smart phone market and changed the way people experience the technology. Now the new force touch (3D Touch) may also lead another trend. The traditional Multi-Touch can interact the movement of your finger on the flat of the screen, but the 3D Touch could sense how much pressure you press on the screen and give response accordingly. The newly added function of Peek and Pop allow you to preview the content of emails, photos, website before you open the item by a light press, which will enable you to enjoy a quicker and faster operation and response. 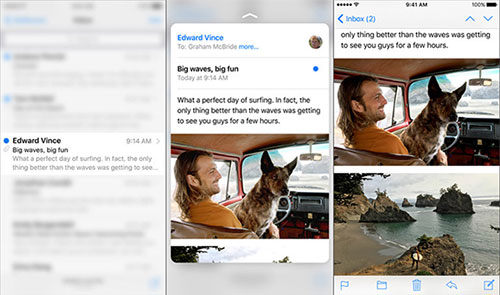 The improved iSight camera may be the best reason for many people who are fond of taking photos of themselves to updata the iPhone 6 to iPhone 6s. The iPhone 6s replace the 8-megapixel sensor with a 12-megapixel version, which will add more details to your photos. The Living photos allow you to take the live photos with voice recorded, and it is not just the frozen moment but the moments before and after it. The 4K video also enable to shoot the videos with extremely high resolution and record 4K video footage. 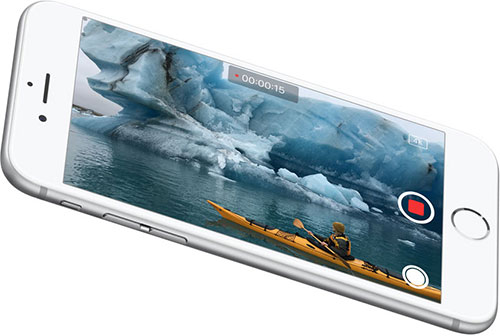 As the 9th iteration of apple operating system, iOS 9 comes with a improved Siri that adopt some Google's tricks. It offer the users a deeper Spotlight that can search within applications and a low-mode that can help save more power and extend battery life.

The Disappointments with iPhone 6s

The Color and Shape

It is hard to tell the difference of shape and appearance between the iPhone 6s and iPhone 6. The newly added color is rose gold, which may be not favored by men. And bold white line and convex lens are still a blemish. 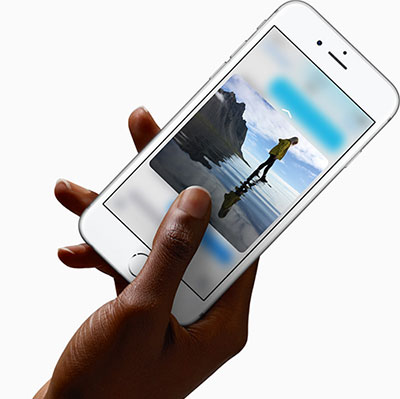 Although the fingerprint sensor has been improved and updated and of course it is better than that of the last generation of iPhone. Actually it is not that advanced after compared to some smart phones who enable the users to use fingerprint to encrypt files and take photographs, or to slide applications. There are not many applications related to the fingerprint. Usually the technology of Apple 's Touch ID is in the lead, but this time is not, which may be a pity.

Whether updating the iPhone 6 to iPhone 6s is up to your, and this is only the reference for you.