As we know, Apple Fall Event was held on 9th September in San Francisco and Apple company brought us several new products include the iPhone 6s and iPhone 6s Plus, which have been expected by the world for a long time. Then let's see what new products were released by Apple company this time.

It is not a surprise at all for us to see it in the Fall Event since the iPhone 6s/Plus has already been expected before the new products release conference. As you can see in the picture, there is a new color, rose gold, except the traditional colors space gray, silver, and gold. The most important new feature is the 3D-touch and iSight camera. As the next generation of MultiTouch, this technology enables iPhone 6s/Plus to sense how much pressure you press on the display and response to you according to the pressure, which make it easier and quicker to operate the iPhone 6s/Plus. As the most popular camera phone in the world, the new 12-megapixel iSight camera is of 12MP advanced pixels and front-facing camera has 5 million pixels. At the same time, it support to shoot the 4K videos and take live pictures. The custom-designed and the most advanced chip - A9, which will enhance the performance of CPU and GPU greatly. The enclosure is made from a new alloy of 7000 Series aluminum.
As for the price, the new generation of iPhone6s and 6s plus is almost the same to the iPhone 6．The prices of the 16GB, 64GB 128GB are $199, $299,$399. You can pre-order on September 12 and the iPhone 6s/Plus will officially hit the market of over 130 countries on September 25. 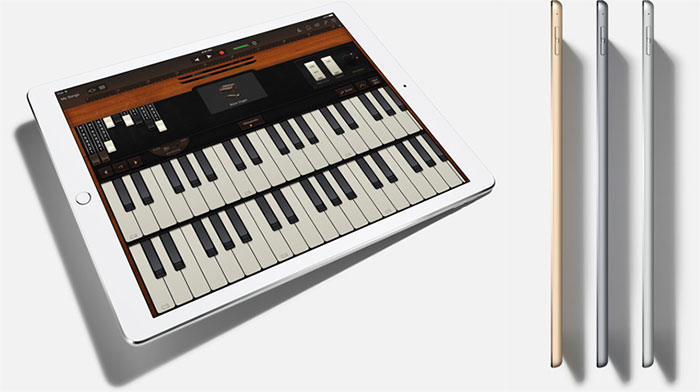 iPad Pro was marked with thin, light and epic by Apple company. With the expansive 12.9-inch retina display, iPad Pro is almost the biggest iPad in the iPad series. The 12.9 inch screen makes it easier, faster and more convenient to do many things like shooting 4K videos, playing applications. IPadPro is only 6.9 mm of thickness and weighs 700 grams.The resolution is 2732 * 2048 and the pixels are 5.6 million which is higher than that of MacBookPro. What's more, the Multi Touch subsystem is changed and updated so the ways that you interact with iPad expanded. The heart of the iPad Pro is also the custom-designed advanced chip - A9, which can will make the performance of CPU and GPU better than ever so that the demanding apps can run effortlessly. Besides there are a variety of build-in applications in the iPad Pro, which will make it simple for you to deal with the essential things. With the latest iOS version - iOS 9, which is said to be the most intuitive, advanced, and secure mobile operating system, the iPad Pro will offer a better user experience.

There is also two little tools that are equipped with the iPad Pro, one is new Smart Keyboard (Cover) for iPad Pro and the other one is Apple Pencil.

The design of the keyboard is the same to the MacBook's. With the Keyboard for iPad Pro, you can get the work done easier than without. It will also free you from switches, plugs, and even pairing. Actually, the powerful iPad Pro with a keyboard almost equals to the desktop computer and may be more convenient to operate.

It is not only easy to use but also easy to take with you. Because you can unfold the Smart Keyboard when you need it. When you have no need, just fold it up and it will become a light, thin cover for the  iPad Pro. Being made of the durable material, the keyboard can be used everyday. 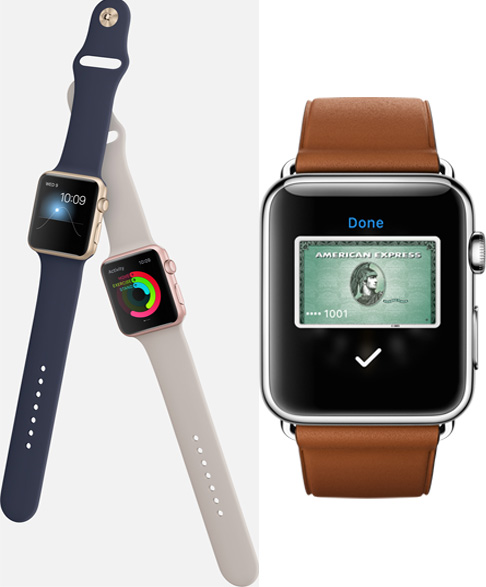 Watch OS 2.0 increased the function of map navigation, timeline. And the suitable third-party apps has reached 1000. Now it can use can use Face book Messenger and the Go Pro etc. Watch OS 2.0 is more friendly to medical apps. The Apple watch can receive and respond to the notiﬁcations instantly and track your daily life.

In addition, in order to meet the needs of high-end personage, Apple Watch designed three Hermes strap with three exclusive corresponding dials. Two new colors gold, rose gold were added to the sports version and there are also two new size: 38 or 42 mm, but price is the same as before. These new styles will hit the market of 24 countries.

Compared to the previous version, the appearance of the new AppleTV does not have much difference. The height increased slightly, but there are many new features, for example, remote-control and the interface. The new AppleTV remote controller is thin with touch panel on the top and can offer the function of menu, Home, the volume and Siri. So the new AppleTV support Siri voice control. And the remote control also can be treated as game controllers when playing games.