How to Restore Deleted Photos from iPod touch

After iPod shuffle/nano, Apple Inc. has released iPod touch, whose appearance is extremely similar to iPhone 4S. And apart from the function of making phone calls, we can say that iPod touch is just the same with iPhone. These days, iPod is much more than a music player. You can also use it to store photos, videos and a number of others files, depending on your device's capacity. While the storage nealy runs out, you may want to delete some largely occupied files such as photos. But it often happens that you press the wrong button and delete some important photos which is a big deal to you. So what can be done to make up for it?

When you delete photos on your iPod, you should know that these files are not erased permanently from iPod touch storage. The photos are just being removed from visibility which means you can't see them by your eyes. They still remain in your iPod safe and sound as long as they were not overwritten by new files. Although there are a lot of free methods to tell you how to recover deleted photos from iPod, but they can be time-consuming and complicated. So here I want to show you a data recovery program to help you get back deleted files swiftly and easily.

Here it is: MobiKin iPod Photo Recovery (Windows/Mac). The software is used for retrieving all the lost, deleted or formatted data on your iPod including photos, videos, music, audiobooks and voice memos in two different ways. To be more specific, you can both restore the files such as photos directly from your iPod or from iTunes backup file. If you have interests, you can download and install the photo recovery program on your computer. And in the next passages, you will learn how to get back your deleted photos on your iPod respectively in two ways.

Make sure your iPod is jailbreaked. Then connect your iPod touch to computer with USB cable and launch the photo recovery software. Choose the default mode "Recover from iOS Device". Then click the "StartScan" button to detect and scan the data on your iPod. If you didn't jailbreak your iPod, don't worry, you can switch to the other mode "Recover from iTunes Backup File" instead and follow the instructions shown on the interface. 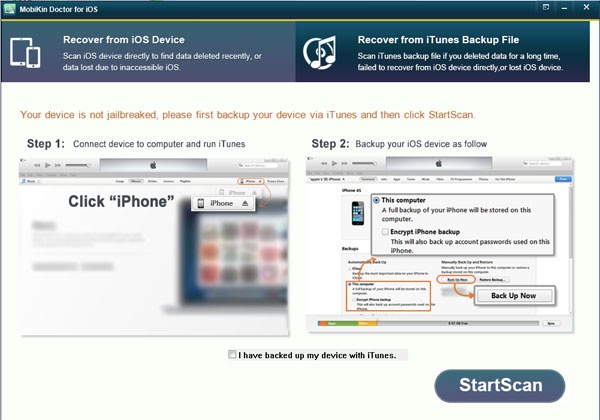 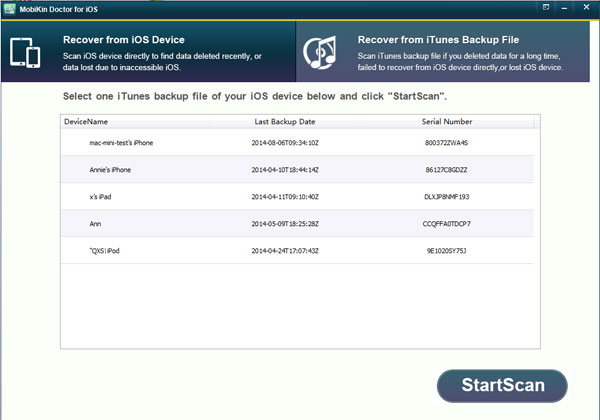 As you can see, the type, capacity, version and serial number are displayed on the popped up window below. Then you can take a brief look at the left column which will show you the files of your iPod. 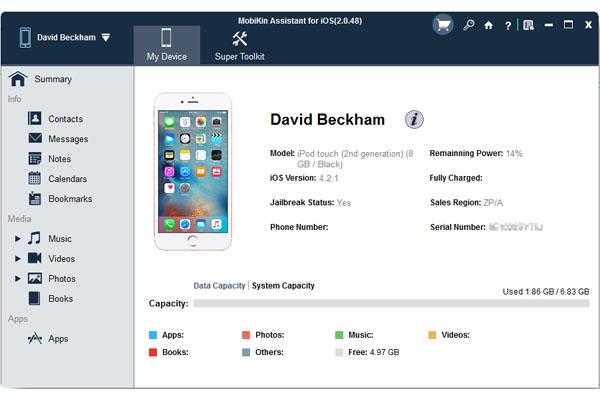 Step 2. Scan the Photos Category and Begin to Restore

Here you can see all the categories on the left sidebar, choose "Photos" category and preview the pictures you downloaded on the right panel. Tick those you want to recover and click "Export" to save them on your computer. The same goes for the "Cameral Roll", and you can copy the photos you once took but accidentally deleted to your PC as well. In addition to photos and pictures, other iPod files like music, voice memos, movies and audiobooks and so on can also be restored with this software. 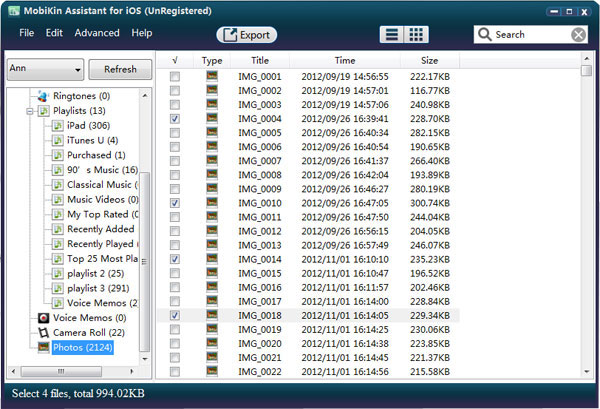 Note: Instructions of the iPod Photo Recovery above are for Windows users. For Mac users, the Mac version is also available and you can take the similar steps. You can get this excellent software to restore all your deleted data from your iPod now.