How to Easily Delete Picasa Pictures from Android

What is Picasa Pictures?

Picasa pictures is a multifunctional application designed to change user experience in terms of viewing, storage and the way you handle the image files in your device. It also functions as editing software and a photo sharing platform. Picasa allows you to import any images you have stored on your personal computer. It lets you choose the folders and drives to scan, then gives you the choice of synchronizing automatically every time you open the program. Once the images are uploaded to Picasa, they organize themselves in albums that display in folders with the same names as the ones in which they were copied from. However, you can reorganize the images and even move them via drag and drop. You can also tag the photos for easier identification and retrieval. The tag could be based on location or the people featuring in the photo.

Picasa is an amazing application for storage, retrieval, sharing and editing photos on your Android device. The application, however, is experiencing a decrease in popularity owing to the fact that it takes up too much space. It is also cumbersome in terms of functionality, and the privacy attached to it borders on the vulnerable. Competing apps are becoming even more popular than Picasa, rendering it one of the least popular apps in Google Play Store. If you have encountered problems while trying to get rid of Picasa Pictures, follow this simple guide.

Step 2. You will see the Picasa Web Album Sync. Disable this sync. 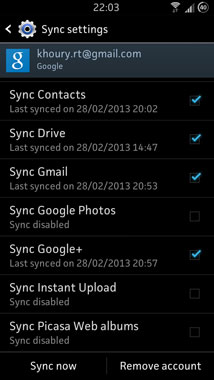 Step 4. Log in to your Google+ account and scroll down to the section displaying all the images you want to delete.

Step 5. Open the album and select the photos. Use the delete function to erase the pictures. Remember, you might want to back up the photos before deleting them permanently. 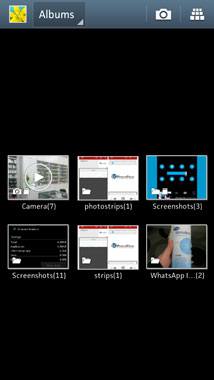 Words in The End: Things to Take Care

1. The sync function does not work seamlessly with Picasa, and freezing occurs from time to time. Syncing takes forever to complete, and if it does complete, the photos are not easily accessible. Some users claimed to have uninstalled the application, but after refreshing the gallery, the photos do not appear on the device.

2. The process is also long and cumbersome. The Picasa Application is one of the most complicated applications to use while handling photos. Privacy is also an issue as once you sync the photos on your galley with Picasa; you will need to disable some features of the application to avoid the photos from being uploaded to Google+, Google’s social media site.

3. Storing and managing photos on your device should be easy, but Picasa has necessitated the need to avoid using third-party software to manage photos. While the application itself works well while editing and sharing, the sync function on it can be counterproductive in terms of privacy and use.

And if you want to get a powerful data eraser to permanently erase private photos or other files from your Android phone due to various reasons, this MobiKin Eraser for Android (Windows/Mac) software surely ranks to my top recommendation, which allows you to effortlessly delete any files from Android device once and for all!

How to Delete Bookmarks on Android Phone

How to Delete Voicemail on Android Device