How to Record iPhone Screen in iOS 11?

After the releasing of iOS 11, you may have found that recording iPhone screen had never been so easier than before. In the past years, when you're planning to create a screen recording on an iPhone, you have to ask help from third-party apps or hook it up to a Mac and use QuickTime to reach your goal. But now, after upgrading to iOS 11, you're allowed to record iPhone or iPad screen by using the recording feature from Control Center directly. And the recorded videos will be saved in Camera Roll.

Can't Miss: How to Recover Recorded Videos from iPhone X/8/8 Plus

So, how to get started with it? Below is the quick guide to help you record iPhone screen in iOS 11.

How to Enable Screen Recording in iOS 11?

First of all, you need to add the screen recording feature into the Control Center, here is how:

Step 3. Tap the "+" button which is next to "Screen Recording" to add it to the "Include" section.

How to Start Screen Recording on iPhone in iOS 11?

Step 1. Unlock your iPhone and open the Control Center directly. 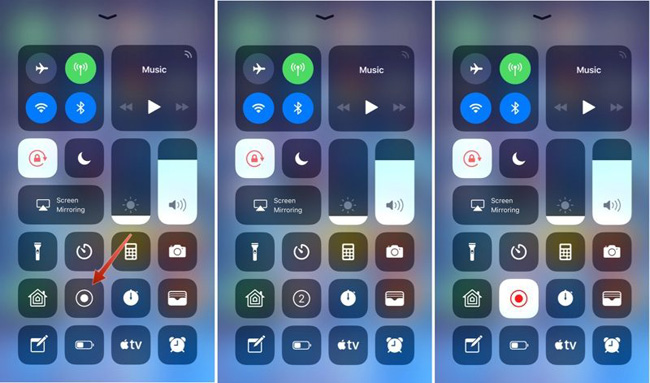 While the screen is recording, you can find a red or blue bar on the top of the screen. So you can easily know whether you're recording or not.

How to End An iPhone Recording in iOS 11?

To stop iPhone recording in iOS 11, there are two different ways for your reference:

- Directly tap the red or blue bar on the top of the screen, and a pop-up window will appear and ask whether to stop screen recording. Just confirm your choice and the recording will be ended. 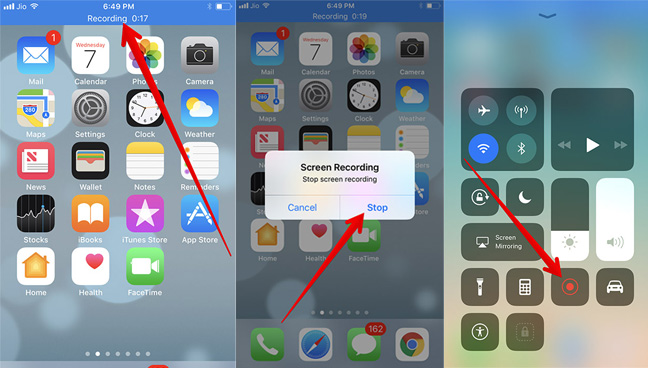 How to Edit Screen Recording Videos in iOS 11?

If you want to edit or cut the recorded videos before sharing, here is how:

Step 1. Open "Photos" app and find the recorded video in the camera roll.

Step 2. Tap on the "Edit" button on the bottom line, then you can start your video editing process.

Step 3. You can trim your video and save the edited videos as a new clip. The detailed steps you can take a look at the below screenshots.

How to Fix iPhone Live Photos Not Working

iPhone Sound Not Working, How to Fix It?