Rooting is the Android equivalent of iOS jailbreaking. Various restrictions set on Android devices keep us from taking full control over our handsets. Thus, rooting an Android phone probably comes right to our mind. Indeed, it is an important measure to maximize the function of mobile phones.

Yet, since there are some programs on the market that may fail to root Android phones, it is necessary to choose a reliable tool to get the task done well. Well, in today's post, we'll come up with the top 10 Android rooting software and apps. And you'll get useful tips associated with Android phone rooting.

To be honest, we're not in a rush to learn how to root Android devices easily with the best Android rooting software or app. Before digging deeper, let's see what benefits the root can bring us and what preparations need to be done first.

Why Root an Android Device?

First, let's take a look at the top 5 Android rooting software. They are iRoot, MobileGo, SRSRoot, KingoRoot, and Dr. Fone - Root, ranked by their overall performance.

Judging from its good compatibility and deep support for older Android OS, iRoot could be the best and free Android rooting software. It can root almost all Android devices without the knowledge of coding. It is also rated as one of the most popular software for rooting Android phones. 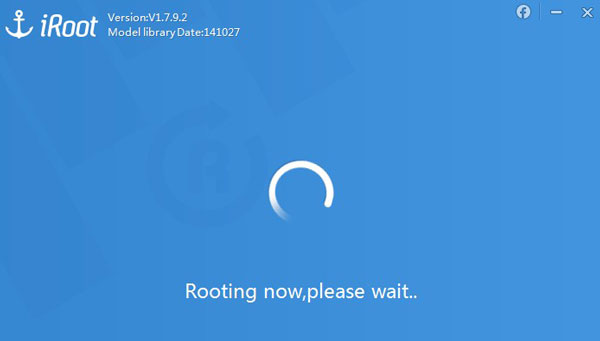 You can also root Android phones with software like MobileGo. It is totally safe to use. What's remarkable about it is that it can help back up and restore data before or after rooting. And you can use it to manage the rooted Android phone or tablet like a cork. 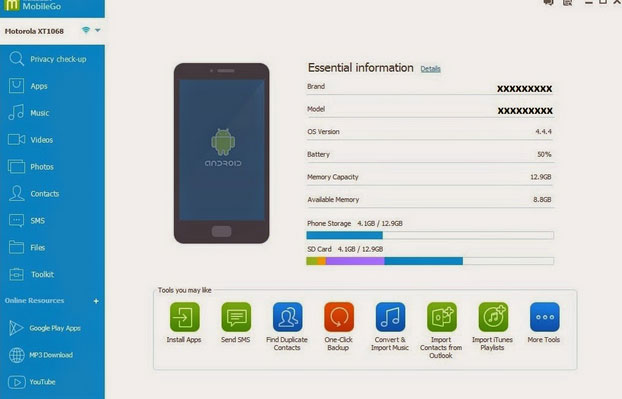 You can click here to check whether your Android device is rooted or not when needed.

With SRSRoot, you're allowed to root your Android device in 2 ways. It offers multiple exploits to achieve root access to your phone and can remove root it with a single click. This Android rooting software is free of charge, helping modify your device at short notice. 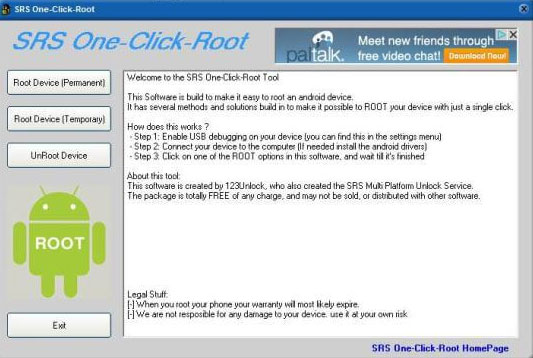 Android rooting programs like KingoRoot can also be a great option if you want to root Android phones running Android 7.0 and older (it also works for Android 7.0 and up). This free software has a high success rate for rooting these devices. You can check the guide: how to root an Android phone with KingoRoot for more detail. 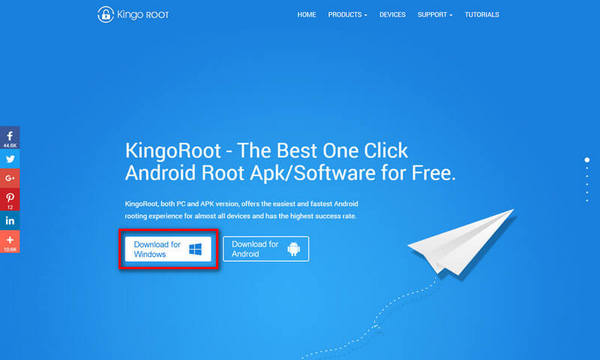 The last Android root software we recommend here is Dr.Fone - Root. It's a popular player among the best Android rooting tools. It can almost all Android phones or tablets in 1 click with a high success rate. Yet, it's not really free software, for its root feature is integrated into a paid Toolkit.

In this section, you'll know 5 root apps for Android phones. It's worth noting that some also come with Windows versions, helping root your Android phone with or without a computer.

Root Genius is one of the top apps to root your Android tablet or phone without a computer. You can root Android with Root Genius in recovery mode easily. It works for various Android devices and contains no adware or hidden apps. Plus, it has a Windows version and doesn't require installation on your PC. 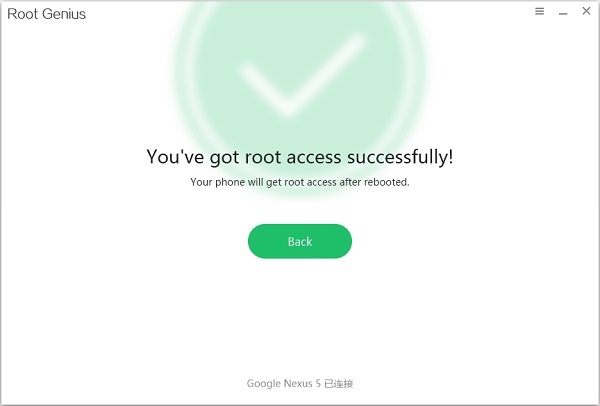 You can take Root Master as an alternative when Root Genius fails. As a desirable Android rooting application, it serves as a root checker to detect your device and tell you if the device is possible to root. Now, click the link to get the full guide of Root Master as required. 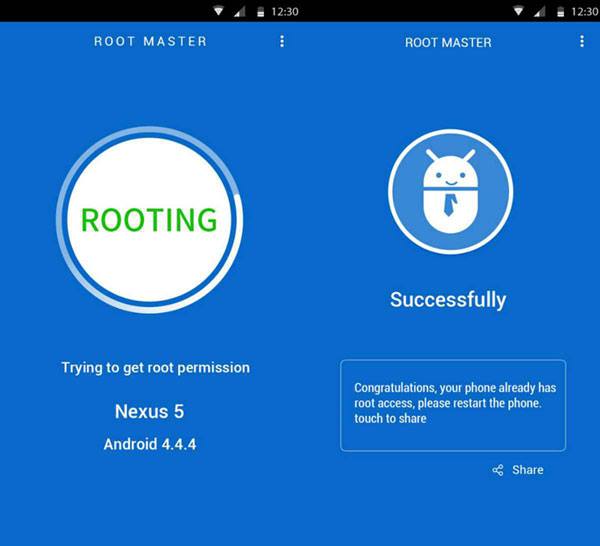 Check if You Need:

With both an Android app and a Windows program, One Click Root does well in rooting overall Android phones. To use the app, just install it on your Android phone and click the Root button to start with. You could also try the "Remote root service" built in this app if you want to root phones with Android 4.0 and higher. 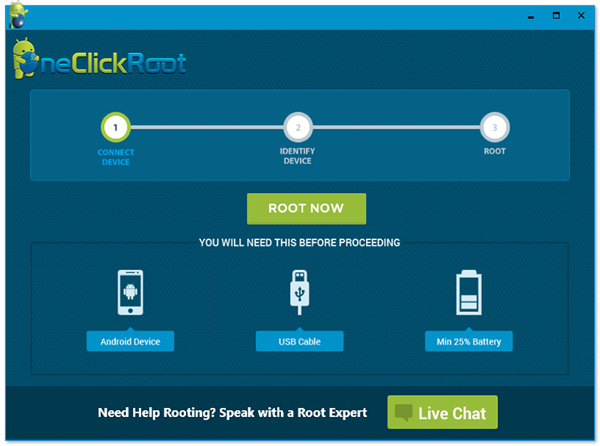 SuperSU is an entry app that enables you to manage rooted apps on Android smartphones. When using it, you should connect your Android phone to a computer, though it is an Android rooting app. Then you can grant or deny root permissions on it in a few steps. 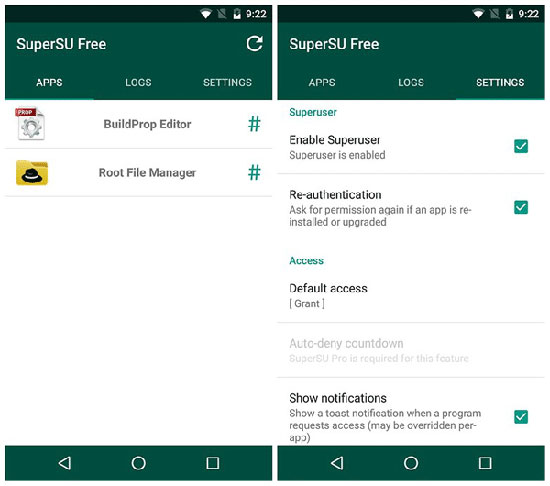 Getting Z4root, one of the outstanding root tools for Android phones, you can gain deeper root-level access on your devices. It is compatible with a wide range of Android devices and can root older gadgets as well. Again, before trying it, please quit the apps your phone is running. 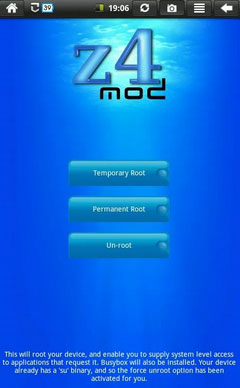 To sum up, we sketched out the 10 best Android rooting software and apps in this article. You can judge by their merits and downsides accordingly. Then get a suitable tool and attempt to root your Android device with great ease.

At last, here are 4 suggestions that can facilitate you to get the most out of your phone after it is rooted:

How to Remove Root from Android?